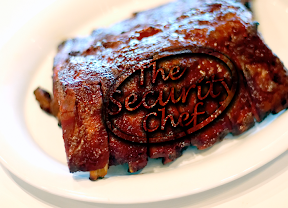 With it being so ridiculously hot outside, I thought it prudent to share a fantastic drink to keep you cool on those hot summer days. The Arnold Palmer is a beverage consisting of half iced tea and half lemonade named for golfer Arnold Palmer. It is often called a half and half but, through the magic of alcohol, it can easily become a John Daly (a tongue-in-cheek nod to Daly’s problems with alcohol abuse) and is also known in some circles as a Donovan – named after shipping magnate Andrew Donovan. How do you make it? Well I’ll tell you:

That’s it. To make a John Daly (a.k.a. Donovan) you should include 1 to 2 ounces of Vodka or substitute the iced/sweet tea with a good brand of Sweet Tea Vodka. You could also add a sprig of mint to dress it up, swap the standard lemonade for pink, peach or another flavor of lemonade and you could even use green tea, if you wanted to get all fancy.

Now, if you are feeling particularly lazy, you could simply run out and buy a pre-mixed can of the official Arnold Palmer Half & Half brewed by AriZona.

If you’re a lover of Starbucks, you could simulate the Arnold Palmer nicely by ordering a Venti Tazo Black Shaken Iced Tea Lemonade with 2 Extra Pumps of Classic (liquid love…I mean sugar…which, I believe, brings it to 4 pumps total). I’ve not tried it with sweetener but I’m sure it could be done (yuck!).

There you have it. An refreshing and easy to drink beverage for the entire family. Now, back to my drink and my back porch…